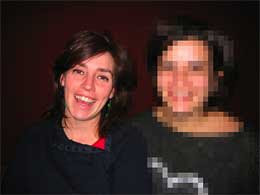 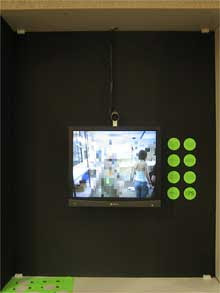 "With IDPS (IDentity Protection System), interaction designer Miquel Mora is proposing a new way to protect our visual identity from the invasion of ubiquitous surveillance cameras. He had a heap of green stickers that could stick to your jacket. Or anywhere else. The sticker blurred your image on the video screen.
"With the IDPS project I wanted to sparkle debate about all the issues related to identity privacy," explains Miquel. "Make people think about how our society has become a complete surveillance machine. Our identities have already been stored as data in many servers ready to be tracked. And our self image is our last resort. So we really need tools to protect our privacy. We need tools that can allow us to hide or reveal our visual image. We must have the control over it."

"iSee is a web-based application charting the locations of closed-circuit television (CCTV) surveillance cameras in urban environments. With iSee, users can find routes that avoid these cameras -­ paths of least surveillance -­ allowing them to walk around their cities without fear of being "caught on tape" by unregulated security monitors."


How to Disappear KIT 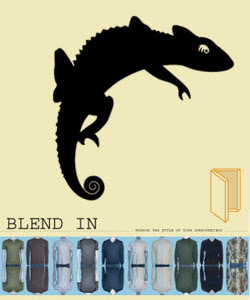 "The How to Disappear kit is a counter-reaction to the ever increasing surveillance of citizens. Packaged in anonymous video cassette cases, the DIY kit contains a selection of "disappearance-articles" along with usage instructions, a catalogue with gadgets and tips, and information on the subject.
The aim of the project is not to invite people to disappear, but to take part in the debate and demand the respect for their own private life.
The "How to disappera kit" was part of a series of concepts by 3rd and 4th year students of Graphic Design and Interactive Media. Bearing the title Surveillance DK:UK, the projects attempted to exemplify the nature of surveillance in Denmark and London." 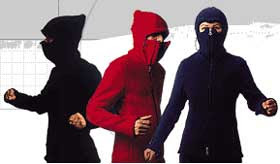 "Going back in 1995: London-based designers Vexed Generation created the Vexed Parka to comment on the escalation of CCTV surveillance in London in the 90s. It features a hood and collar that closes over the mouth and nose, but leaving the eye area open." 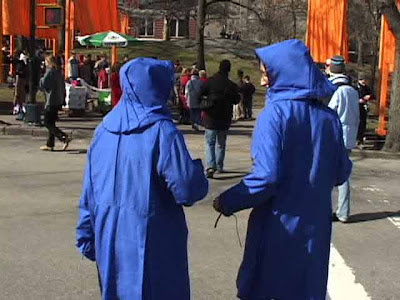 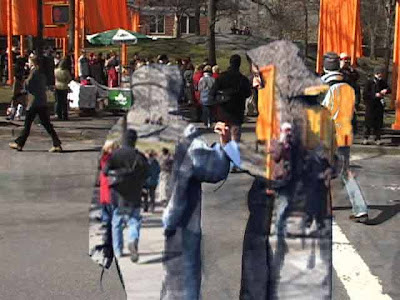 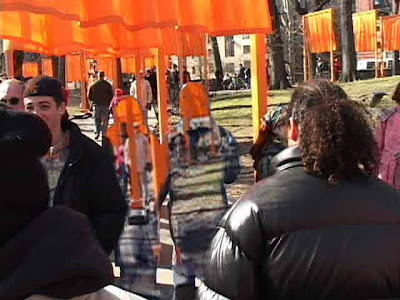 "Invisible Suits are interactive suits made from special blue screen fabric (material used for work with video blue screen technique), where the blue color could be displaced by images or video footage. The intended effect is the virtual "disappearance" of the persons wearing the suits: their bodies merge with the visual environment they inhabit. The effect is achieved by the use of two cameras: one mounted on the person wearing the blue suit, and another one shooting h/er from behind.
These suits allow me to explore issues of silence and absence, integration and estrangement in different political and cultural environments. While drawing from theoretical concepts like the "invisible immigrant" and the double consciousness, through this work I am also exploring the space between the objective and subjective points of view. " 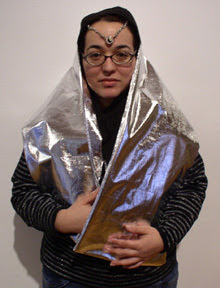 "After the Sept. 11th 2001, trade center incident surveillance in New York City and in the United States in general, increased dramatically. We are at a point today where it is difficult be present anywhere without our image being captured by some camera or our presence being tracked or documented in some way. Although to some extent this is necessary to ensure security, on the other hand it infringes on a person’s right to privacy. The purpose of the “Counter-Surveillance Headdress” is to empower the wearer by allowing him/her to claim a moment of privacy.
The “Counter-Surveillance Headdress” is a laser tikka (forehead ornament) attached to a hooded vest and reflective shawl. The laser is activated by pressing a button enclosed in the left shoulder area of the vest. When pointed directly into a camera lens, the laser creates a burst of light masking the wearer’s face. Additionally the wearer can use the reflective cloth to cover the face and head. The aluminized material protects the wearer by reflecting any infrared radiation and also disguises the wearer by visually reflecting the surroundings, rendering the wearer’s identity anonymous."
Postado por Fernanda Bruno às 23:11

Nice post and this fill someone in on helped me alot in my college assignement. Thank you on your information.

The CFSA operates by the exact cash advance pay day loan companies that most effective and quickest are being protected from. In today's inverted real estate market some people have taken capital on a extremely short discover but can not able to pay the amount towards lender in full at once. After filling your information in best way, your individual my spouse and i - according to your pay back ability and also. same day loans online Compare and contrast the rate of interest and the relation to repayment?

So imagine what happens while some creditors who require small financial loan at this rising evaluating carry steps adopted inside adjustable rate mortgage at the start. to know it however, jeans might be worn with the outdoors along with the office! The people are able to purchase the last minute fund in the absence of the precious assets. instant payday loans For the betterment of their locals, every land formulates number of when it comes to can help you to compare the different lending options.