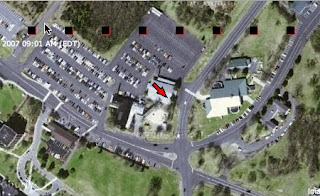 "Hasan Elahi whips out his Samsung Pocket PC phone and shows me how he's keeping himself out of Guantanamo. He swivels the camera lens around and snaps a picture of the Manhattan Starbucks where we're drinking coffee. Then he squints and pecks at the phone's touchscreen. "OK! It's uploading now," says the cheery, 35-year-old artist and Rutgers professor, whose bleached-blond hair complements his fluorescent-green pants. "It'll go public in a few seconds." Sure enough, a moment later the shot appears on the front page of his Web site, TrackingTransience.net.

There are already tons of pictures there. Elahi will post about a hundred today — the rooms he sat in, the food he ate, the coffees he ordered. Poke around his site and you'll find more than 20,000 images stretching back three years. Elahi has documented nearly every waking hour of his life during that time. He posts copies of every debit card transaction, so you can see what he bought, where, and when. A GPS device in his pocket reports his real-time physical location on a map.

Elahi's site is the perfect alibi. Or an audacious art project. Or both. The Bangladeshi-born American says the US government mistakenly listed him on its terrorist watch list — and once you're on, it's hard to get off. To convince the Feds of his innocence, Elahi has made his life an open book. Whenever they want, officials can go to his site and see where he is and what he's doing. Indeed, his server logs show hits from the Pentagon, the Secretary of Defense, and the Executive Office of the President, among others". 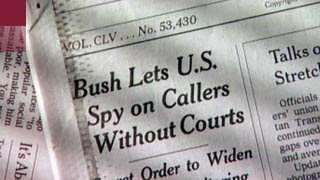 Eis um pequeno trecho da introdução:
"9/11 has indelibly altered America in ways that people are now starting to earnestly question: not only perpetual orange alerts, barricades and body frisks at the airport, but greater government scrutiny of people's records and electronic surveillance of their communications. The watershed, officials tell FRONTLINE, was the government's shift after 9/11 to a strategy of pre-emption at home -- not just prosecuting terrorists for breaking the law, but trying to find and stop them before they strike."
Postado por Fernanda Bruno às 22:11 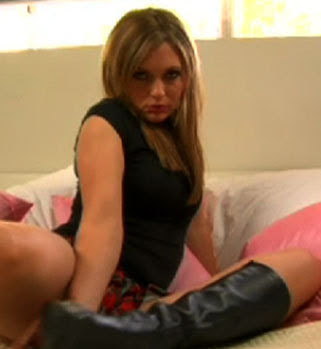 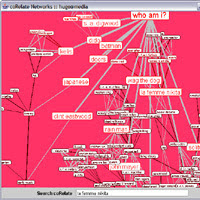 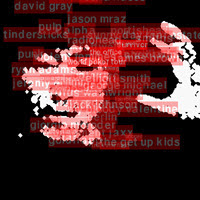 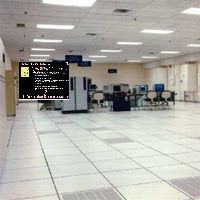 Abstract
"Popular online social networks such as Friendster and MySpace do more than simply reveal the superficial structure of social connectedness—the rich meanings bottled within social network profiles themselves imply deeper patterns of culture and taste. If these latent semantic fabrics of taste could be harvested formally, the resultant resource would afford completely novel ways for representing and reasoning about web users and people in general. This paper narrates the theory and technique of such a feat—the natural language text of 100,000 social network profiles were captured, mapped into a diverse ontology of music, books, films, foods, etc., and machine learning was applied to infer a semantic fabric of taste. Taste fabrics bring us closer to improvisational manipulations of meaning, and afford us at least three semantic functions— the creation of semantically flexible user representations, cross-domain taste-based recommendation, and the computation of taste-similarity between people—whose use cases are demonstrated within the context of three applications—the InterestMap, Ambient Semantics, and IdentityMirror. Finally, we evaluate the quality of the taste fabrics, and distill from this research reusable methodologies and techniques of consequence to the semantic mining and Semantic Web communities."

Photo: Scott Beale/Laughing Squid
"WN: Are there any trends among the companies exhibiting at Web 2.0 Expo, the kinds of services and technologies being shown?

O'Reilly: Well, obviously this is a market with a lot of froth in it already. I have to say there are a lot of me-too products and companies. Yet another social network, of the 15th flavor -- that's common in every new technology revolution. There are imitators who have marginal improvements.

One of the companies that's going live on Monday is Spock, which is a people-search engine. It's really, really impressive. It's thinking about whether there are other classes of data to which search hasn't really been applied.

That goes back to a major theme of web 2.0 that people haven't yet tweaked to. It's really about data and who owns and controls, or gives the best access to, a class of data. Amazon is now the definitive source for data about whole sets of products -- fungible consumer products. EBay is the authoritative source for the secondary market of those products. Google is the authority for information about facts, but they're relatively undifferentiated.

Why did Google, for example, recently decide to offer free 411 service? I haven't talked to people at Google, but it's pretty clear to me why. It's because of speech recognition. It has nothing to do with 411 service, it has to do with getting a database of voices, so they don't have to license speech technology from Nuance or someone else. They want their own data stream.

WN: So you think that (control of data) is actually more characteristic of web 2.0 than social networking or Ajax (asynchronous JavaScript and XML) interfaces?

O'Reilly: Absolutely. Anybody who thinks that this is about Ajax is completely missing the boat.

I do think building rich internet applications is an important part of web 2.0. I don't want to dismiss it, because we are able to build richer application platforms today. But it's ultimately about network effects, and where do you build services that get better the more people use them? And it's also about the databases that get created as a result of those network effects.

As far as I'm concerned, web 2.0 is still in its really early stages, and the reason is because the data isn't all owned yet.

The network-effects play is about how you get increasing returns by everybody using your stuff, which is really what Microsoft did on the PC. Here we see it again, where these are winner-takes-all games. The internet looks like an open platform in the beginning, but once somebody gets a lead, their service gets better fast enough, if they've harnessed all the right levers, until it becomes a real barrier to entry.

Why, despite many attempts, have we seen nobody able to dethrone eBay? Well, it's because there are network effects at work in auctions. You have a critical mass of buyers and sellers. We're seeing that with Google AdWords -- it's just a bigger and better marketplace. There are these tipping points where these services really become monopolistic.

We're still trying to move people toward really understanding what that new world looks like. I don't think a lot of people are there. A lot of people still think, "Oh, it's about social networking. It's about blogging. It's about wikis." I think it's about the data that's created by those mechanisms, and the businesses that that data will make possible."